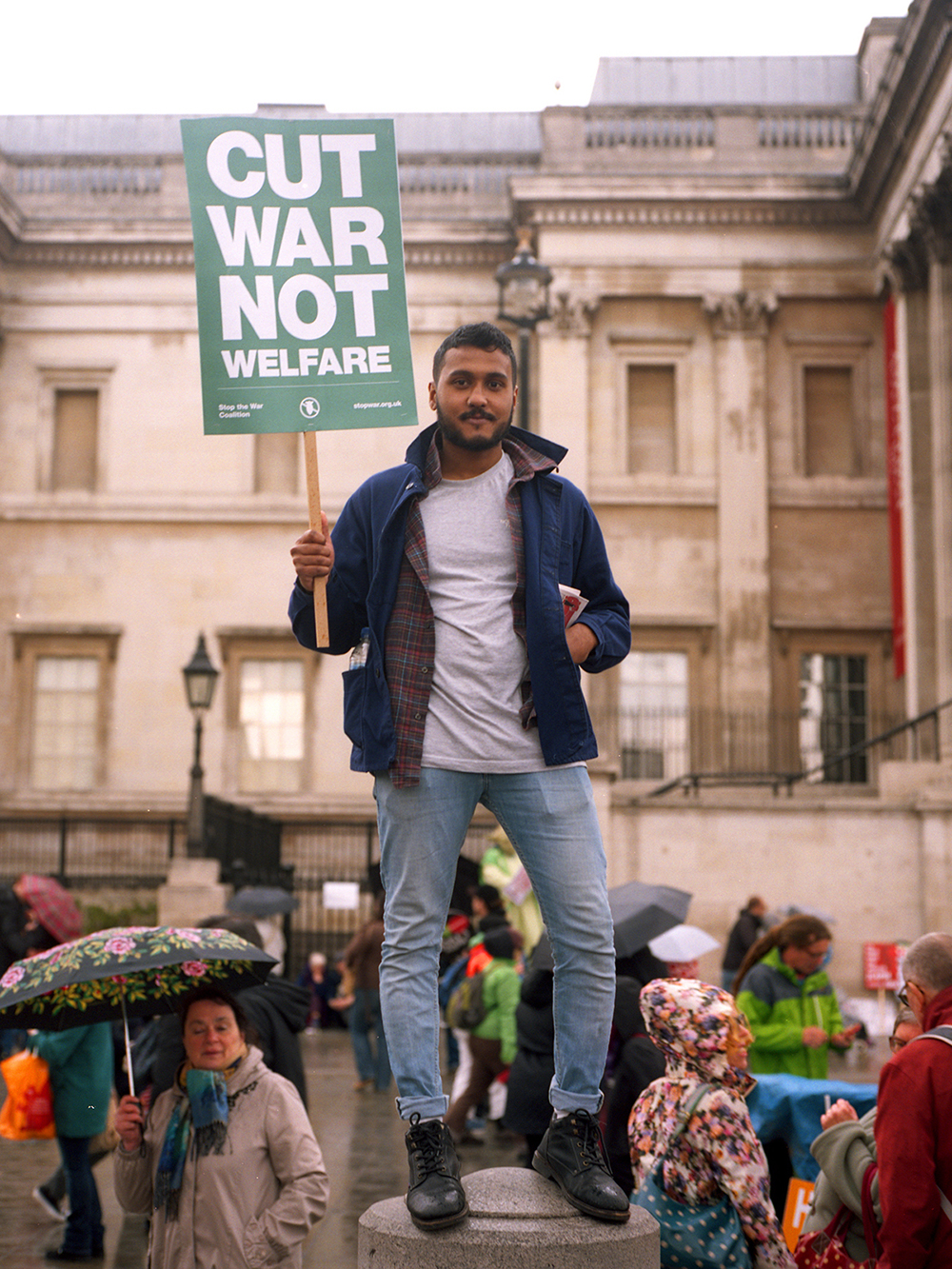 On saturday I joined the protesters marching through central London against austerity for i-D:

“Undeterred by Britain’s notorious April showers, 150,000 people took to the streets in London this past weekend as part of a People’s Assembly demonstration to protest against the Conservative government’s programme of austerity, with many also calling for the Prime Minister to resign after the Panama Papers scandal forced him to admit that he had benefitted from offshore funds held in known tax havens.

Marching from Gower Street to Trafalgar square, protesters’ homemade signs denounced cuts to public services, Jeremy Hunt’s attempt to force Junior Doctors into what they say is an unsafe and unfair employment contract, the forced academisation of schools, the slashing of student nurse bursaries, the government’s failure to help the British steel industry, the threat of TTIP (which would allow US companies to sue governments over laws that might lower profits) and a variety of other issues.”