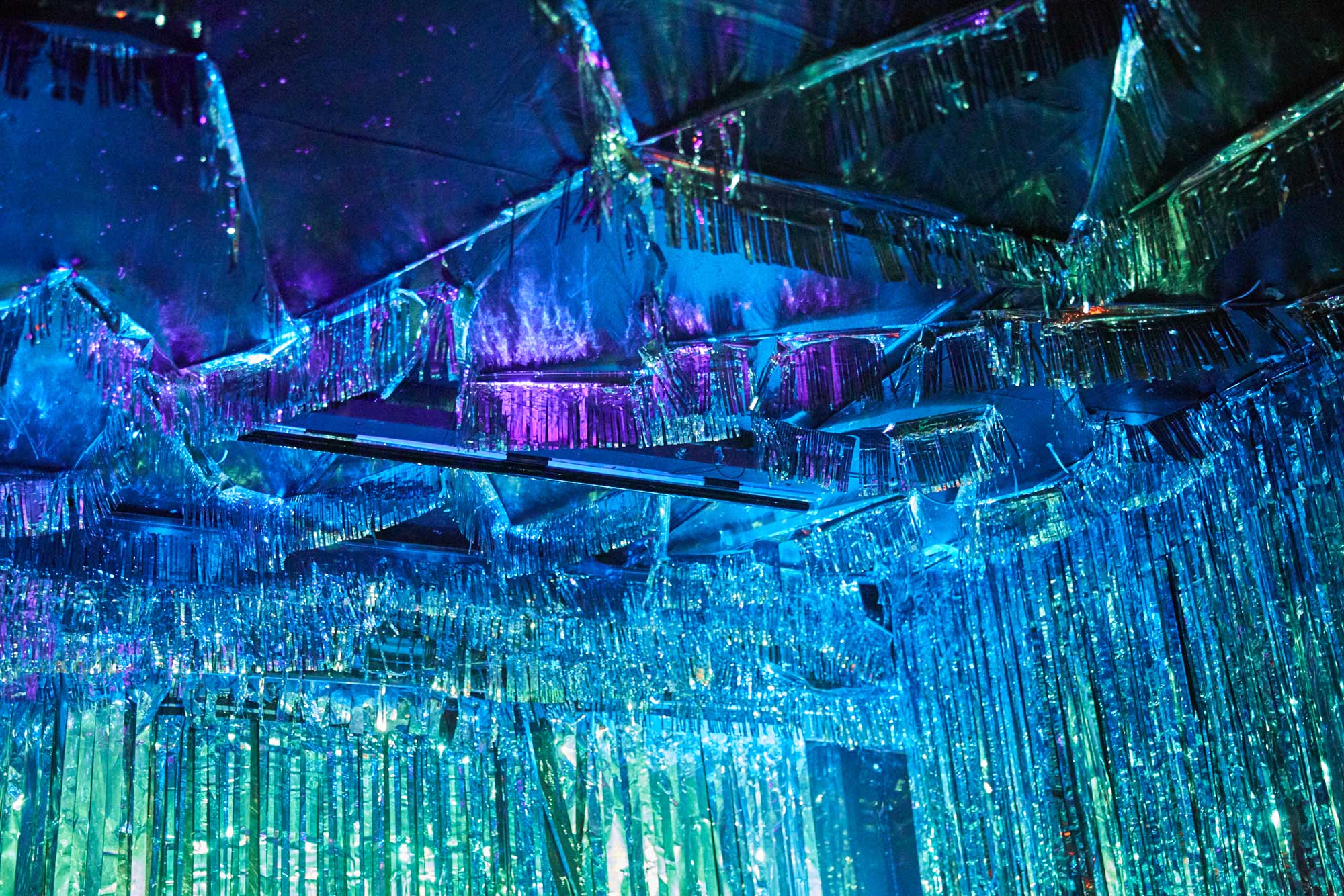 “…When the drag kings take to the stage later on, the performances they give are both technically impressive and a lot of fun. Richard Von Wild lip-syncs to a cleverly-mixed rap medley, while a contestant called Brent Wood delivers a more comic set, sending up Essex lad culture. Georgeous Michael lip-syncs to George Michael’s “I’m Your Man” wearing the leather jacket and designer stubble of the singer’s ’80s heyday. On the one hand, it’s the evening’s most straightforward performance, but on the other, it’s the most confusing. We’re watching a woman impersonate a then-closeted gay man who was attempting to pass as straight but coming off incredibly camp in the process. There are endless layers to peel back if you want to.
“In a way, I find watching drag kings more interesting than watching drag queens,” Jonny Woo says. “When you watch a drag queen, everything becomes very lifted and ‘up’. And we’re very familiar with the physicality, the look and the vocabulary of drag queens. Whereas with drag kings, a lot of it feels like new territory. It’s more unusual to see a female channelling a male and adopting that sort of weight that a man has.”
The winner of last year’s Man Up! contest, a drag king called John Smith, says drag shouldn’t be analysed too much because “it’s there to cast a spell in the moment.” Nevertheless, he puts forward an interesting theory for the growth in drag kings’ popularity. “We’re starting to question and satirise the role of the male in society,” he argues. “There’s a lot of focus on these straight white cisgender male figures who dominate politics and the economy, and I think there’s a strong desire to take down those figures a bit with humour. I feel like we’re potentially at a point in society where we’re ready to start examining masculinity, and laughing with it and laughing at it…”